What is ping and how does it affect your gaming? 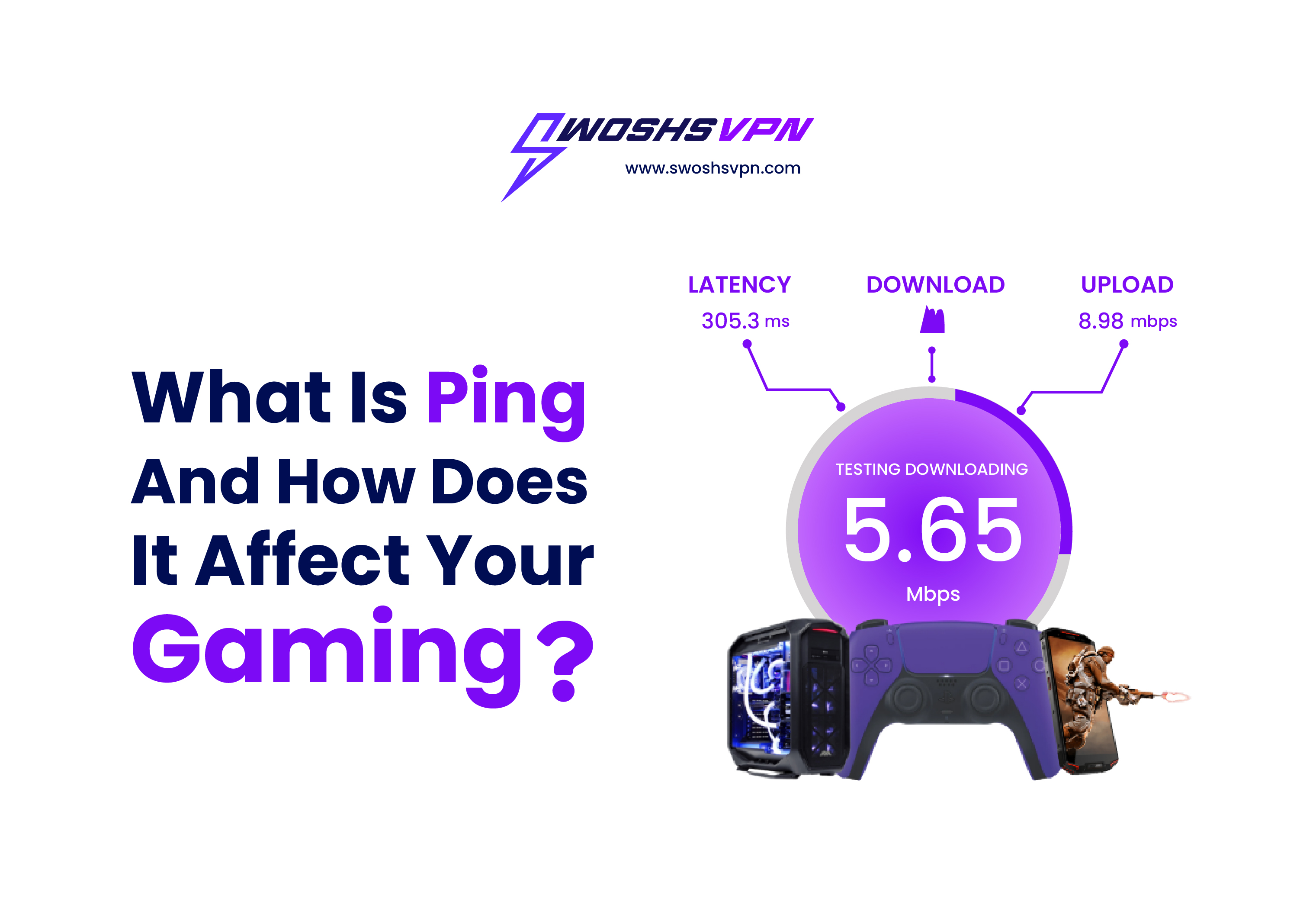 Gaming is one of the biggest and growing industries in the world. According to this report, the gaming market is set to hit more than a quarter of a trillion dollars by 2025. Internet gaming, P2P (Peer to peer), and P2W (play to win) games have ever since taken over traditional video games. Most millennials need an instruction manual to learn some of the terminologies that come with it.

You might have heard of the technical term “ping” but what exactly is it?

In network technology, the ping refers to the method of transferring data between two computers or between a computer and a server. It’s a measurement that proficiently determines a network’s stability. The keyword here is network latency and it’s measured in milliseconds.

In gaming, the ping indicates how much time it takes for your gaming data to reach the game servers and back to you. If the game you’re playing has choppy animations, delayed responses, or low graphics quality, then you are experiencing lag. The most common terms you’ll see are low ping and high ping. It’s very simple – low ping means less lagging and is ideal for playing. High ping equals frequent buffering signs and constant lagging which will ruin your gaming experience.

Any speed below 100ms and with the ideal conditions shouldn’t have lag. Nothing is perfect and lag will always occur under most conditions. However, some games rely on pinpoint accuracy timing and can’t afford to have any form of delay.

How to conduct a ping test

It’s not difficult to conduct a ping test but certain conditions have to be applied to achieve accurate results. The tests you conduct will show your download and upload speed as well as the ping. These are the most popular online testers for ping and other information.

You just have to click on Go or Start and it will automatically assess it for you.

And this is what you want to avoid.

How to achieve low ping for gaming

There are plenty of simple tracks to have low ping. Here are some ways to attain that:

There are plenty of reasons why you might experience high ping. Here are the most common reasons:

The biggest threat that is outside your reach is ISP throttling. Luckily, there is a way to bypass this.

How a VPN can help you attain low ping?

VPN disguises you so that your ISP won’t be able to track you or know what you’re doing. ISPs supply you with an internet package that should be enough for your consumption. So how can your ISP offer plenty of bandwidth to their clients without spending money on new internet servers? It’s simple, they do something called bandwidth throttling. ISPs target users who are using more traffic than usual in the form of streaming, downloading, and in this case, gaming. With a VPN on, you’ll be invisible to them and thus avoid bandwidth throttling.

A VPN can help with ping speed by connecting to a VPN server that is next to your game’s server. The ping will be low because it will take less distance to travel between the two servers. In other cases, a VPN will help you avoid a DDoS attack from hackers when gaming online. Using a VPN will help you with your online privacy, and security and boost your internet speed.