8 sites where you can game for free 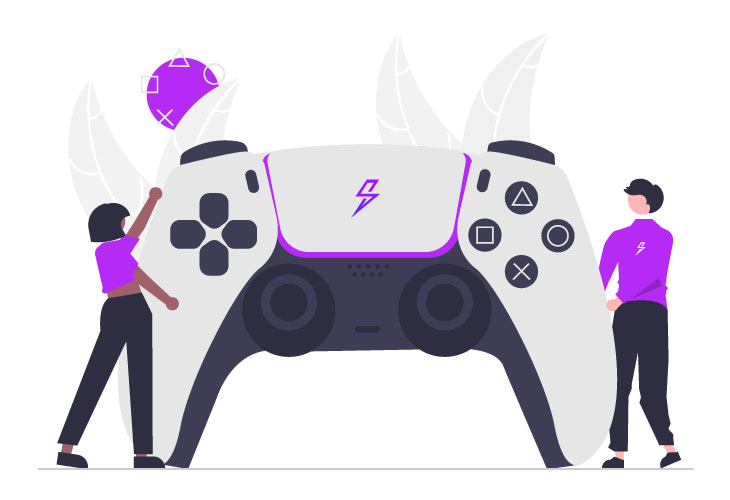 With the rise of online gaming, AAA titles such as Fortnite, APEX Legends, and World of Warcraft have been dominating the market pushing aside free website gaming platforms.

There are, however, some popular sites where you can play free classic games from the ‘80s and ‘90s to major publishing studios who offer free games with in-game purchases and DLCs (downloadable content). Here is a list of 8 sites where you can download or play games for free.

The most popular platform on the list goes to Steam. It’s the most used video game digital distribution service that was first launched in September 2003. It initially functioned as a stand-alone software by Valve and grew popular over the years.  It utilizes a cloud synchronization for saving games, a pinpoint algorithm to showcase your preferred games, and social networking features like chat boxes and a community market.

Steam held the largest percentage of digital downloads for PC games in 2013 around 75% of the market. By 2019, Steam had more than 34,000 games and 95 million monthly active users.

You can download it as separate software and purchase or download games for free from an array of well-produced titles.

GOG, formerly known as Good Old Games, is another digital distribution platform for downloading games that is a subsidiary of CD Projeckt based in Warsaw Poland. You might know these guys from Cyberpunk 2077 and the Witcher 3, two very successful AAA games.

Epic is just one way of describing their success. Their biggest export is Fortnite which has more than 350 million accounts and 2.5 billion friend connections. They also develop Unreal Engine which enables them to have a self-sustainable ecosystem between developers and creators.

Fortnite is available for free but comes with DLCs and extra content that you need to pay for.

You might know Blizzard from leading titles such as World of Warcraft, Diablo series, or StarCraft. The company is based in California and was founded in February 1991 under Activision Blizzard. The first popular game that was released under Blizzard was Warcraft: Orcs & Humans which snowballed the franchise to become one of the most popular games in the world. It spawned cameo appearances in shows such as the satirical animated show South Park and even having a movie self-titled as Warcraft.

You can download digital copies of their games for a price. However, some retro ones are available to download for free operated through the online gaming service Battle.net.

Bethesda is known for producing Skyrim, Fallout series, and Doom series on the PlayStation 4 and 5. It holds other AAA franchises making it one of the most popular and successful game publishers to date. The inception began in the ‘90s but in 2001, they created their in-house team and created Bethesda Game Studios cranking out some of the biggest names in the game industry.

You can play these games for free.

If you haven’t heard of Pokémon, then you must be from another planet. These little pocket monsters were created in 1996 for Nintendo Game Boy in Japan and rose to popularity over the years becoming the largest media franchise. It wasn’t a surprise seeing tons of merchandise your friends were wearing or going over to each other’s houses and watching the successful series and movies.

Pokémon is still thriving and has crossed over to the mobile platform with successful games such as Pokémon Go with 1 billion mobile game downloads. This places Pokémon as the fourth best-selling video game franchise behind Super Mario, Tetris, and Call of Duty.

You can visit this website and play your favorite Pokémon games on your web browser for free.

Pogo might feel like a throwback to the earlier days of being online besides chatting with your friends on MSN Messenger or updating your Myspace page. It’s a successful online gaming website owned by Electronic Arts (EA) based in California.

You can play games for free but will frequently be interrupted by ads from 3rd parties. Since the website is free, it needs to monetize its space for revenue. You can opt to pay a “subscription” for premium benefits and to remove the ads. You also have the option to download certain games that can be purchased and played offline.

Another throwback website where you can play games on your browser. Miniclip was launched in 2001 on a modest budget of around £40,000 and in 2008, was valued at over £275 million. In 2015, it was acquired by Tencent and in March 2022, the company had reached 4 billion downloads on its mobile platforms.

You can play games for free on your web browser.